The following people were honored with Faces of Courage Awards at a ceremony on Sept. 21: 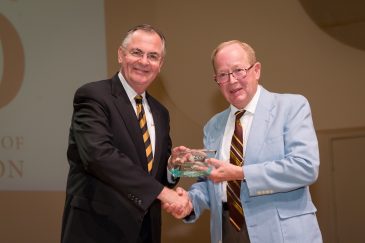 Dr. Glenn Blackburn was the leader of the African Student Program. This student organization, primarily comprised of members from the Baptist Student Union, petitioned the student body and raised money from faculty to help finance Ed Reynolds’ tuition and push for the desegregation of the university. 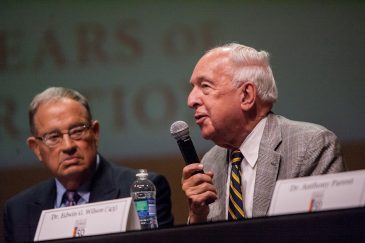 Dr. Ed Wilson was Dean of the College in 1962 when the Board of Trustees voted to desegregate the university. At that time, he and the Assistant Chaplain, waited tables in the Magnolia Room to raise money for Ed Reynolds’ travels from Ghana and tuition. Ed Wilson also chaired the faculty committee that voted to end racial segregation at the university. 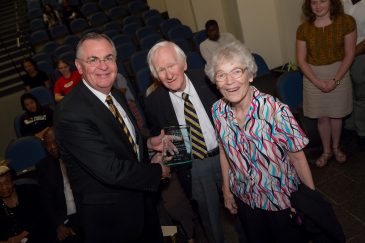 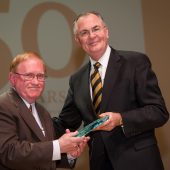 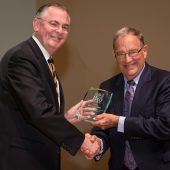 Barry Dorsey and Ross Griffith were selected as Reynolds’ first suitemates when he first arrived at Wake Forest. Both were active with the Baptist Student Union and supported Ed Reynolds while he was a student. 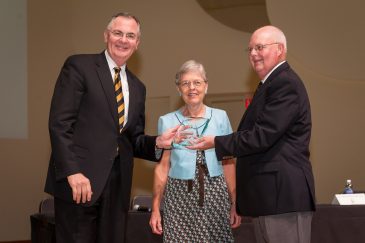 Joe and Evan Clontz were both members of the African Student Program and very active in motivating others to support the desegregation of the university. Joe was selected to be Ed Reynolds’ roommate during his time at Wake Forest. 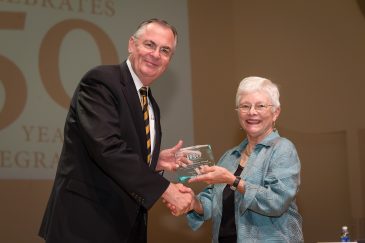 Martha Swain Wood was a supporter of the integration effort, a close friend of many of the effort’s leaders and Ed Reynolds. She later was a member of the Winston-Salem Board of Aldermen when the decision was made to name the newly renovated coliseum for Lawrence Joel, the only African-American native of Winston-Salem to be awarded the Congressional Medal of Honor. Hers was the lone white “yes” vote in a 5-3 decision. 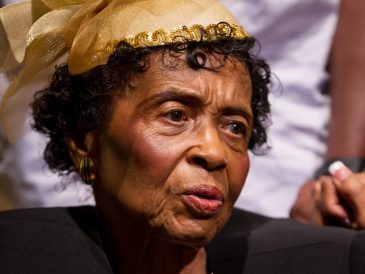 Rev. Jerry Drayton, Susie Drayton and Jerry Drayton Jr. served as Dr. Reynolds’ surrogate family while away from his home in Ghana. Often spending holidays with the Drayton Family, Reynolds found support and nurturing from them as a student at Wake Forest. Mrs. Susie Drayton (right) attended the ceremony.

Dr. G. McLeod Bryan was the impetus behind the decision to desegregate Wake Forest. “Mac”, as he was affectionately known, pushed the administration to act, mobilized the African Student Program, and coordinated the selection of Ed Reynolds. 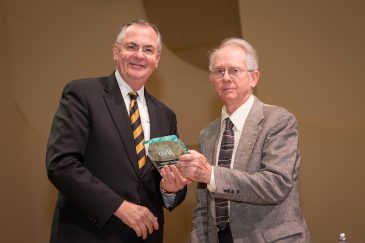 Dr. Tom Mullen, former Dean of the College, was a member of the faculty during the time of desegregation and advocated for the decision. Tom provided support to Ed Reynolds during his undergraduate years. 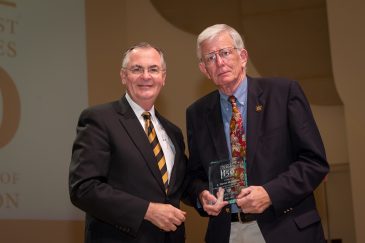 When students were polled in the early 1960s, David Matthews voted to “never integrate” Wake Forest. However, by the time he graduated in 1962, his encounter with Ed Reynolds along with his academic classes broke the generational cycle of prejudice in which he was raised. We applaud David’s candor about his transformational experience, which is reflected in his demonstrated lifelong commitment to fostering diversity and inclusion. 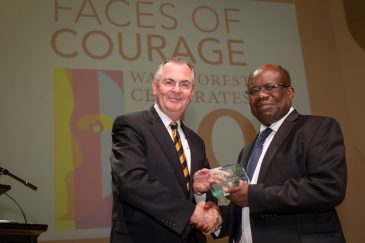 Dr. Reynolds was selected as the first black student to attend Wake Forest following the trustees decision to integrate the university. He broke the cultural barriers at Wake Forest and his admission served as a catalyst for our current commitment to diversity and inclusion.