Check this page for links to media coverage of Faces of Courage:

Educating those we would evangelize (Associated Baptist Press)
It began, student organizer Glenn Blackburn says, when some Baptist Student Union members formed the African Student Program, a plan to integrate Wake Forest by “embarrassing” the school into admitting a person of color from the “mission field.” They called Baptists to accept the university’s motto, Pro Humanitate (for humanity), taking responsibility for educating those whom they would evangelize. 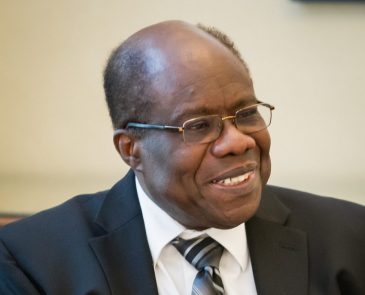 Click to view the gallery from Reynolds’ return to WFU.

When Wake Forest University integrated (Winston-Salem Journal)
He came from thousands of miles away, a confident but shy young man, plucked from a secondary school in Ghana to integrate a private university in the South, in an era when such bold figures were welcomed with jeers, if not mobs. … 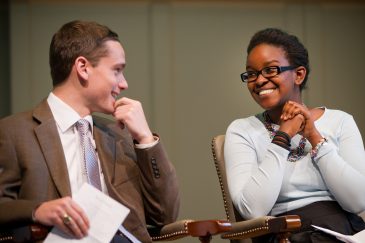 Click the picture to see a photo gallery from the kickoff event.